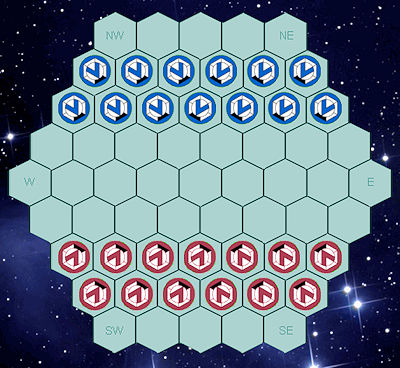 I post this new checkers variant, because it deserves attention. It is played on a hexagonal board. A Man has a shield which protects it from capture. If the shield is directed toward an enemy piece, the latter cannot capture it. It is possible to change direction of the shield when making a step move (but not when capturing). The move is finalized by optionally turning the Man one step clockwise or counterclockwise. The goal is to capture all the enemy pieces. Two Kings against one is sufficient for a win. This is a sophisticated checkers game.