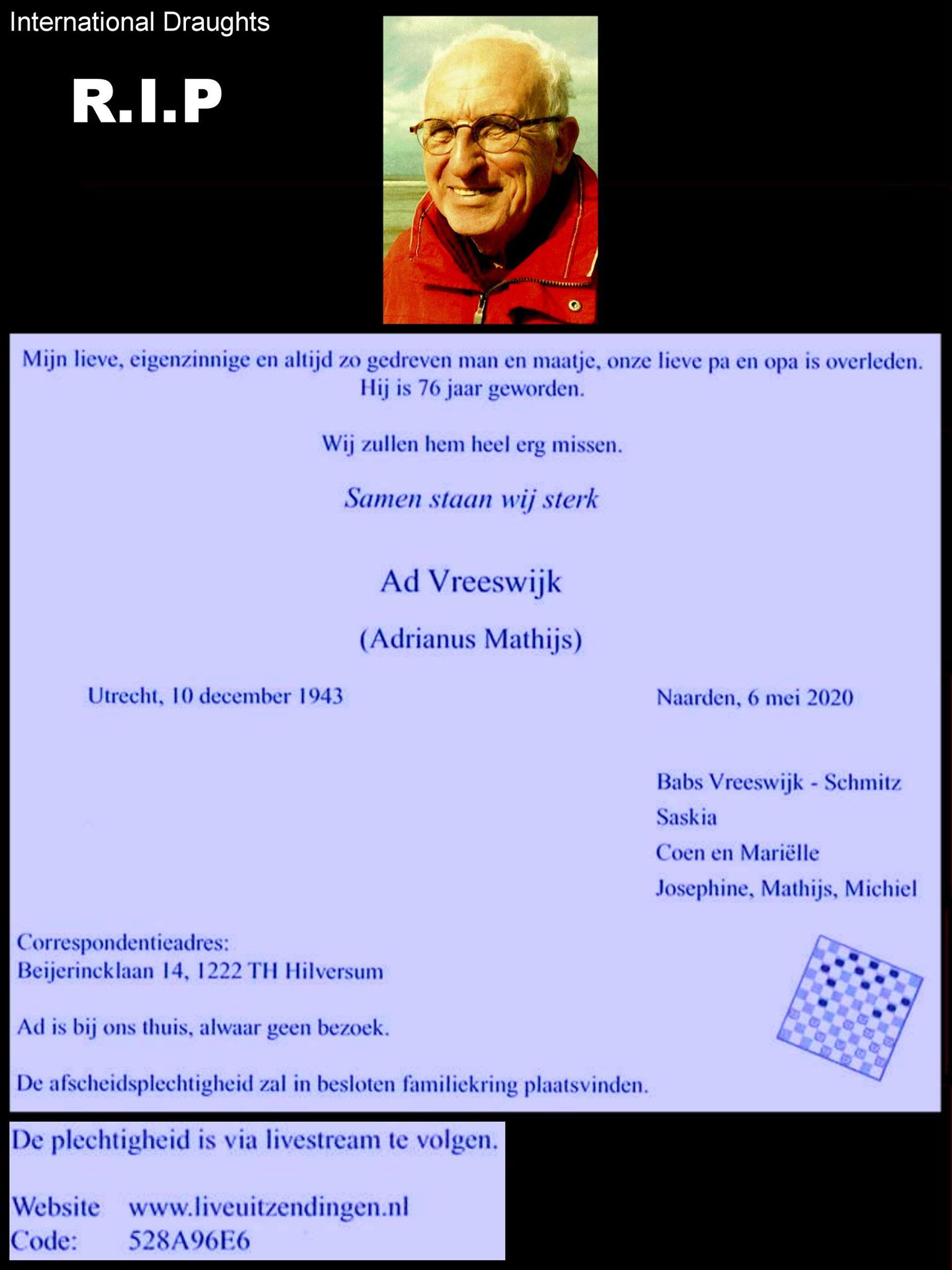 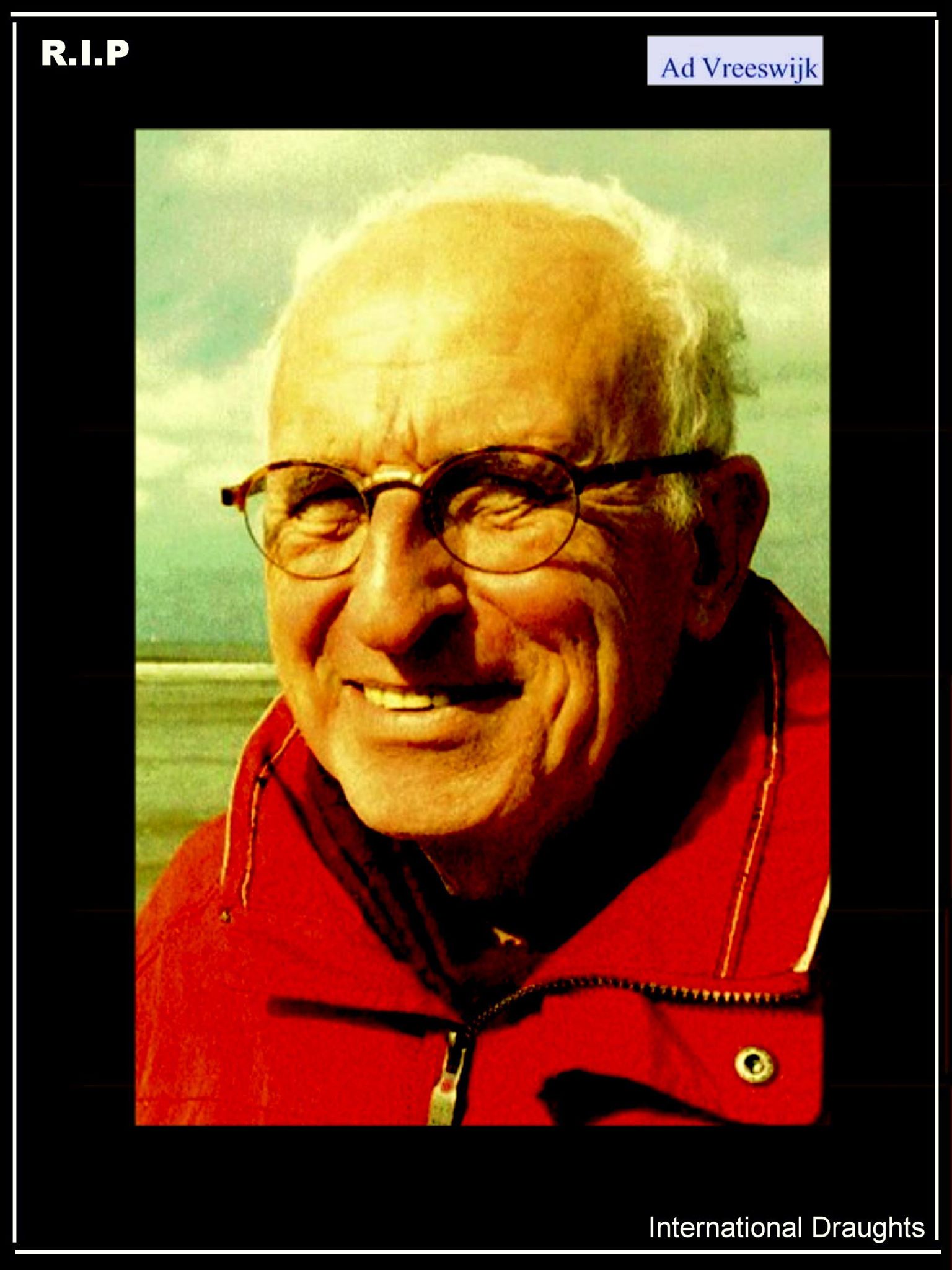 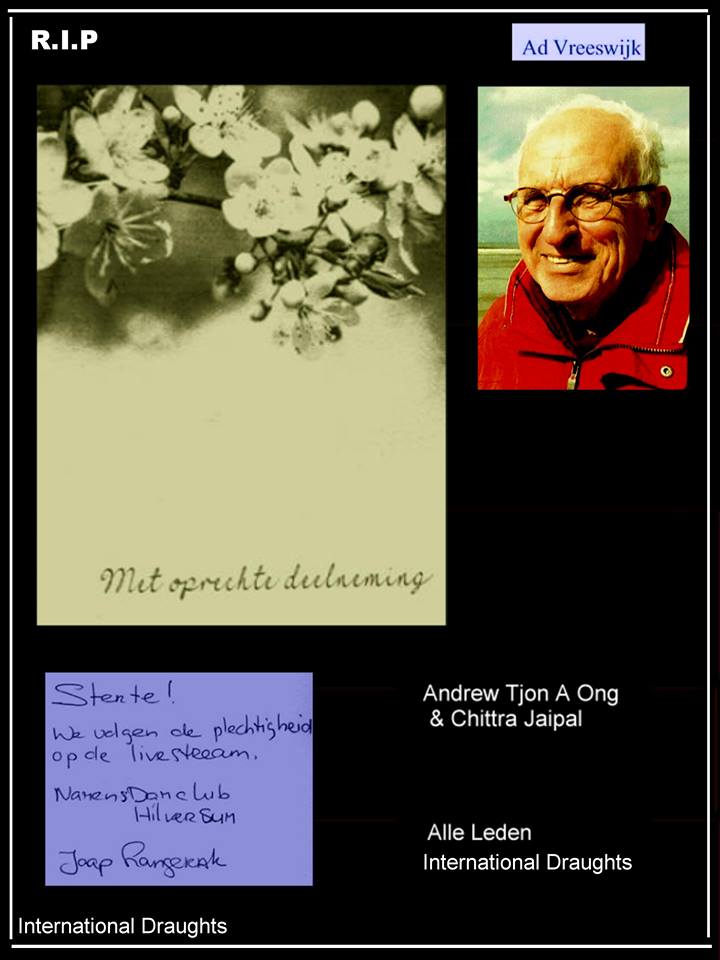 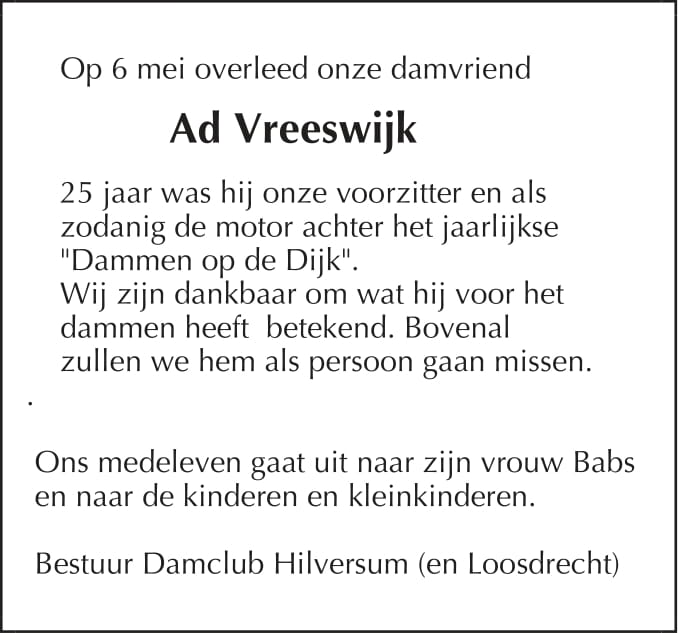 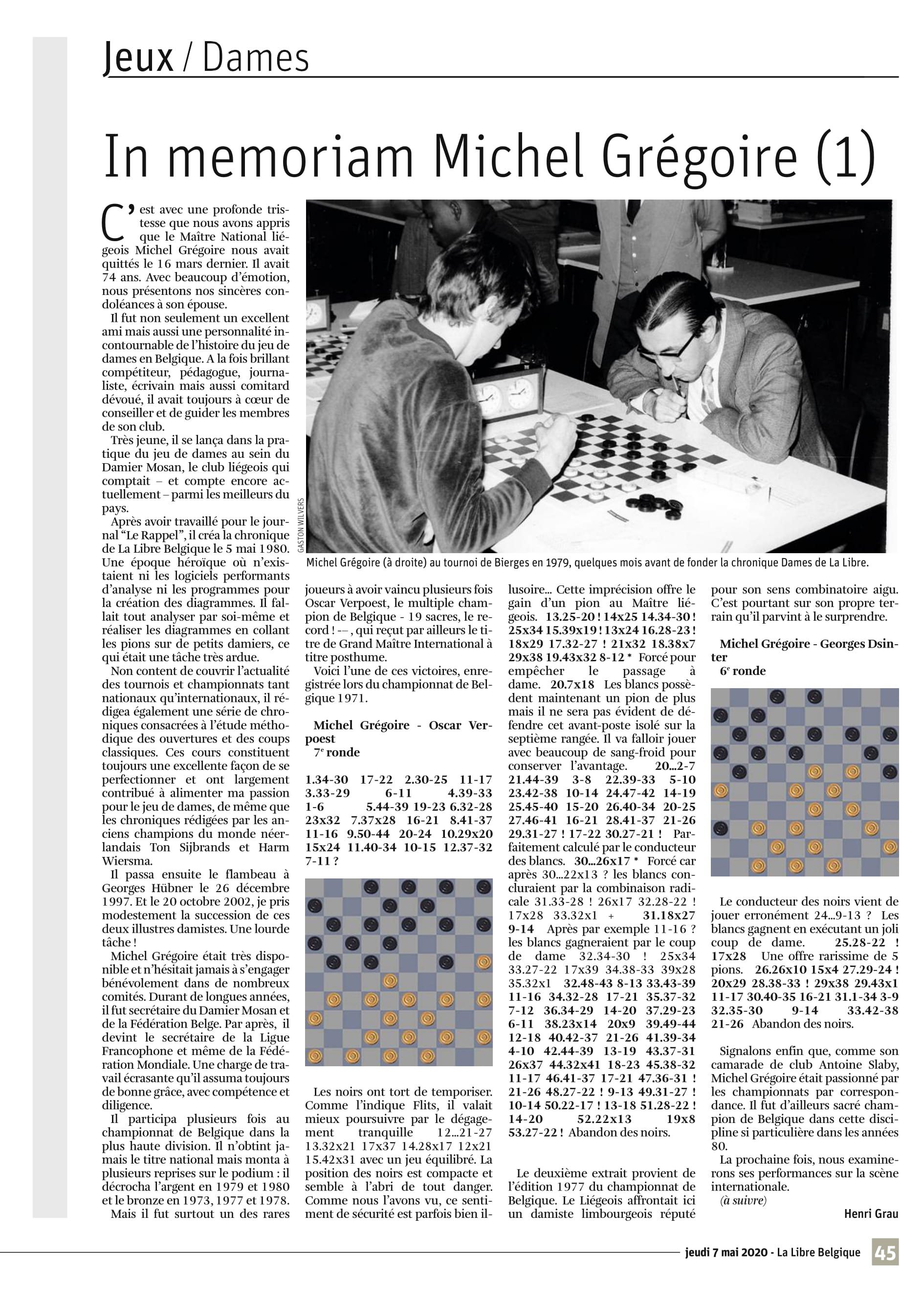 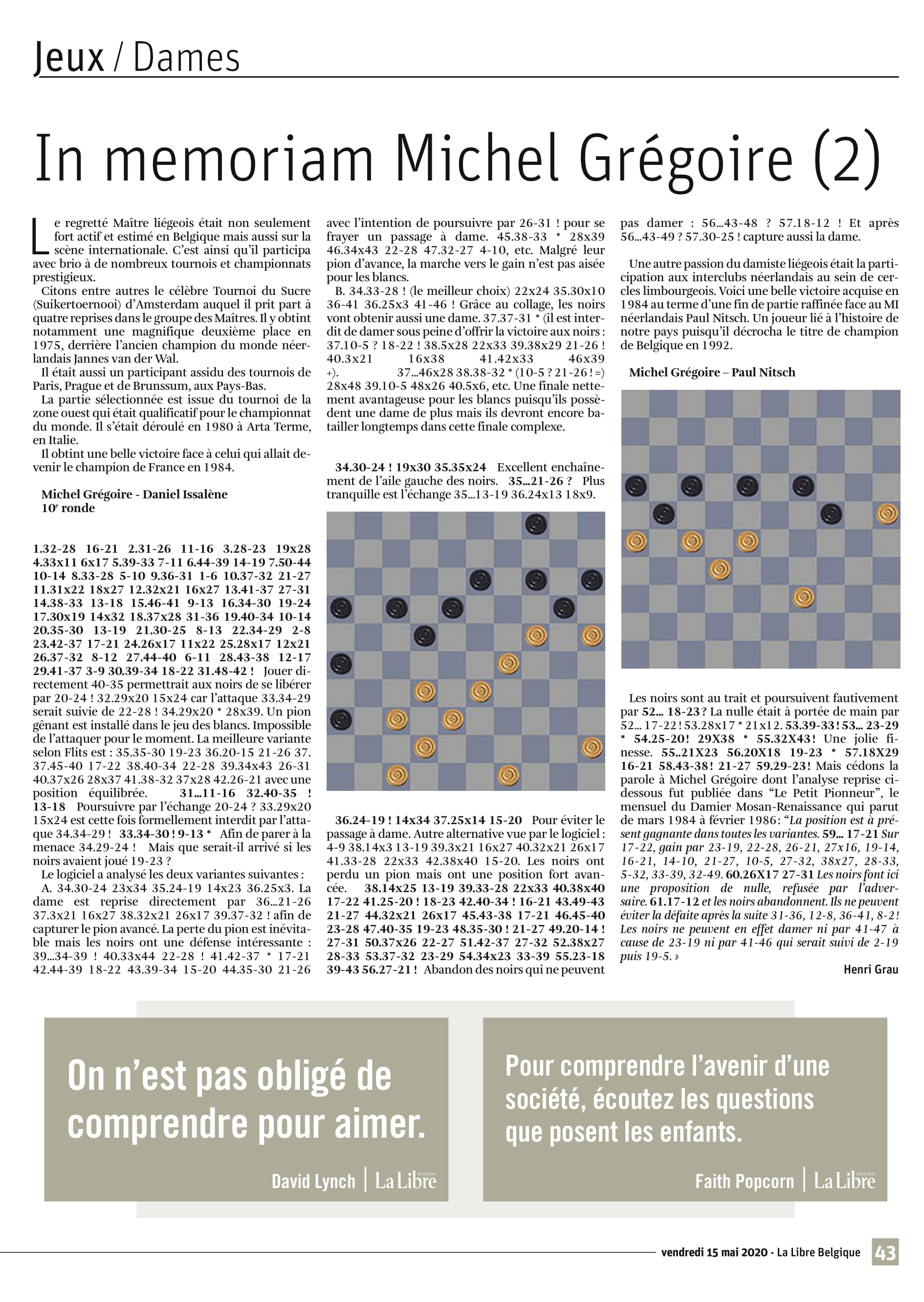 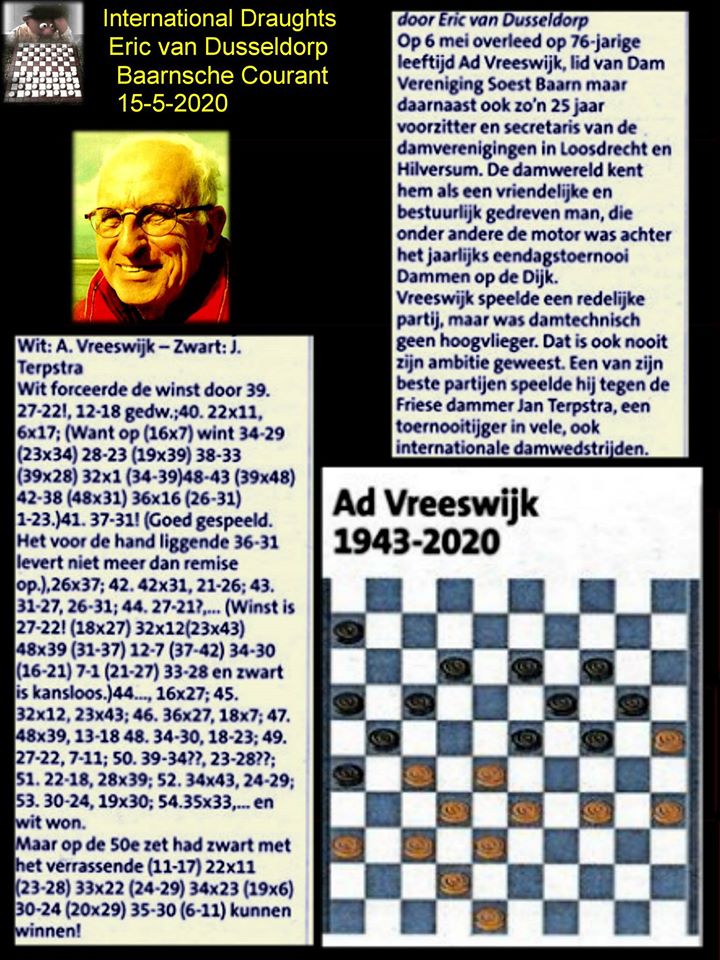 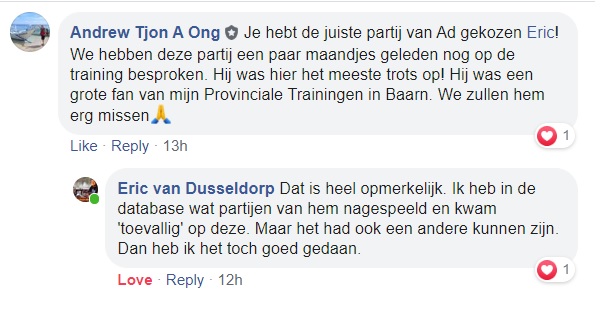 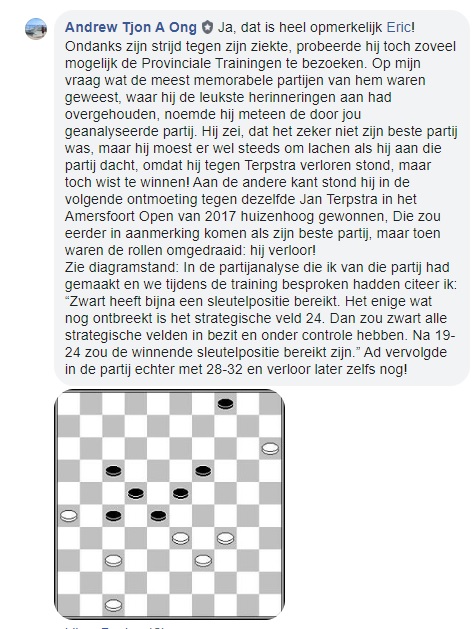 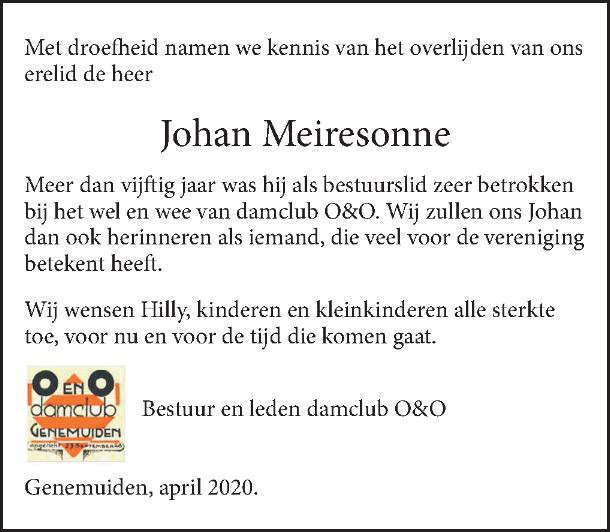 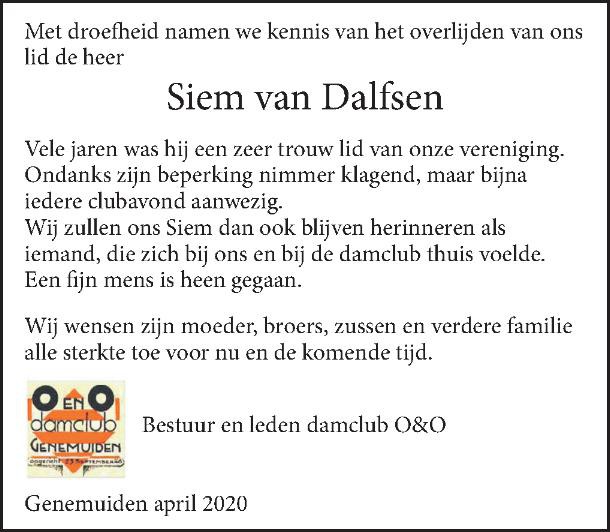 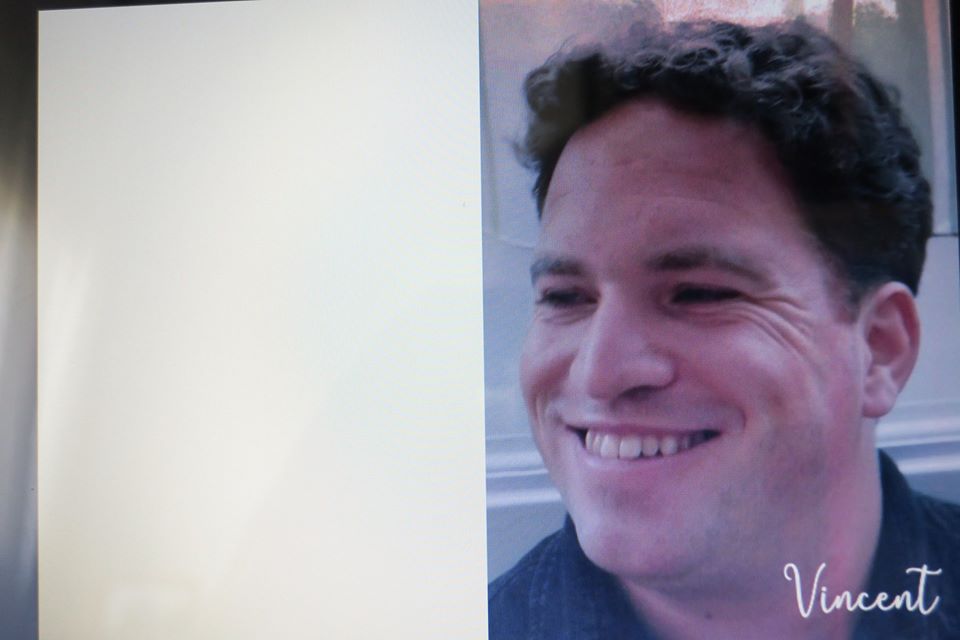 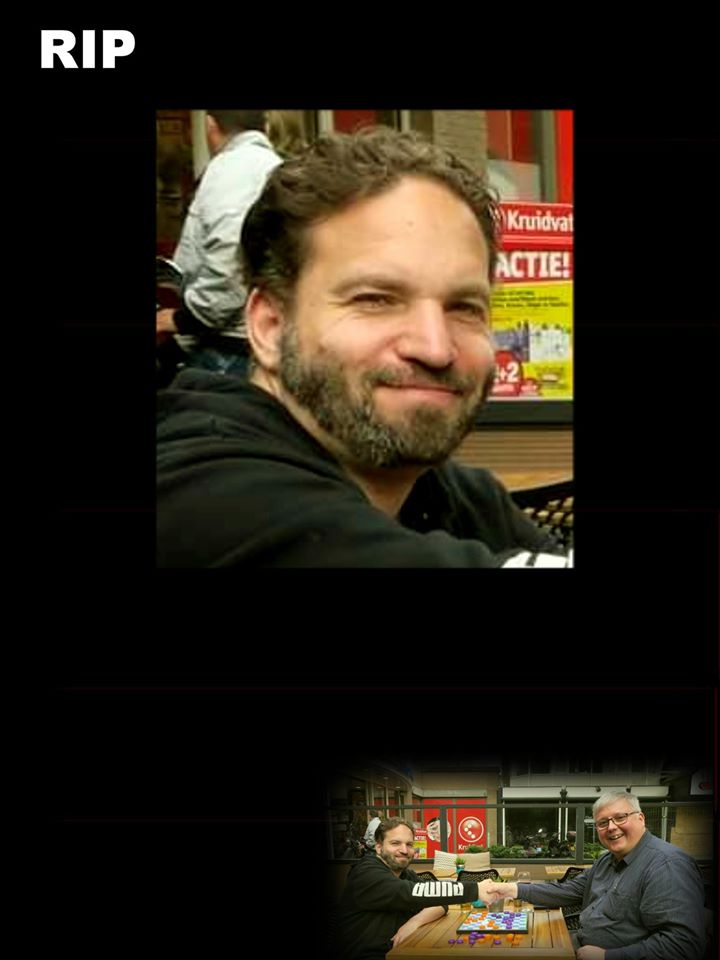 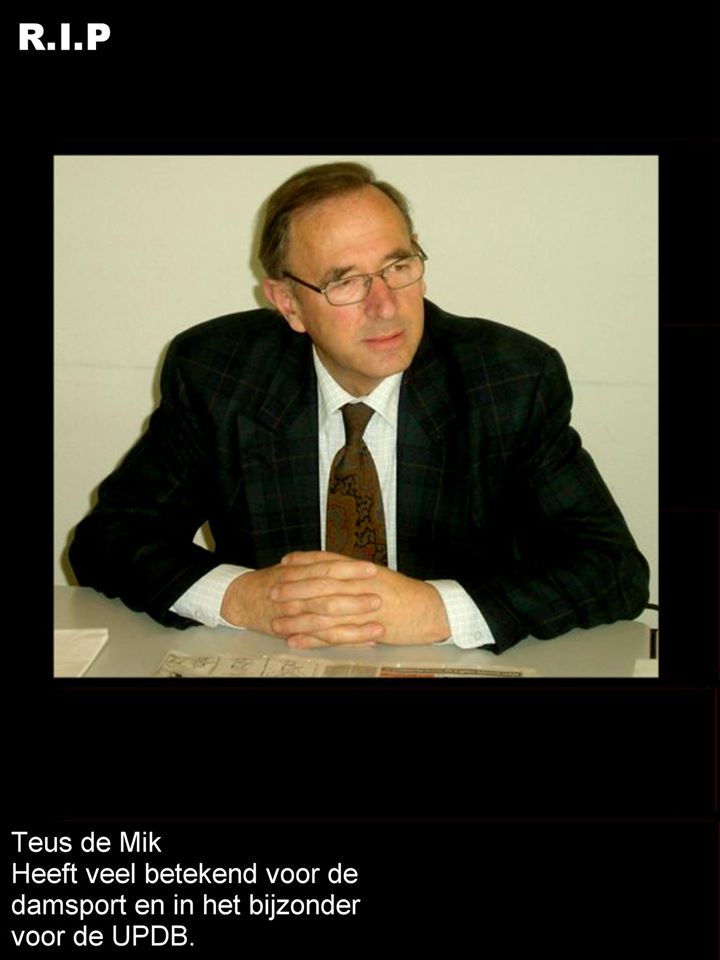 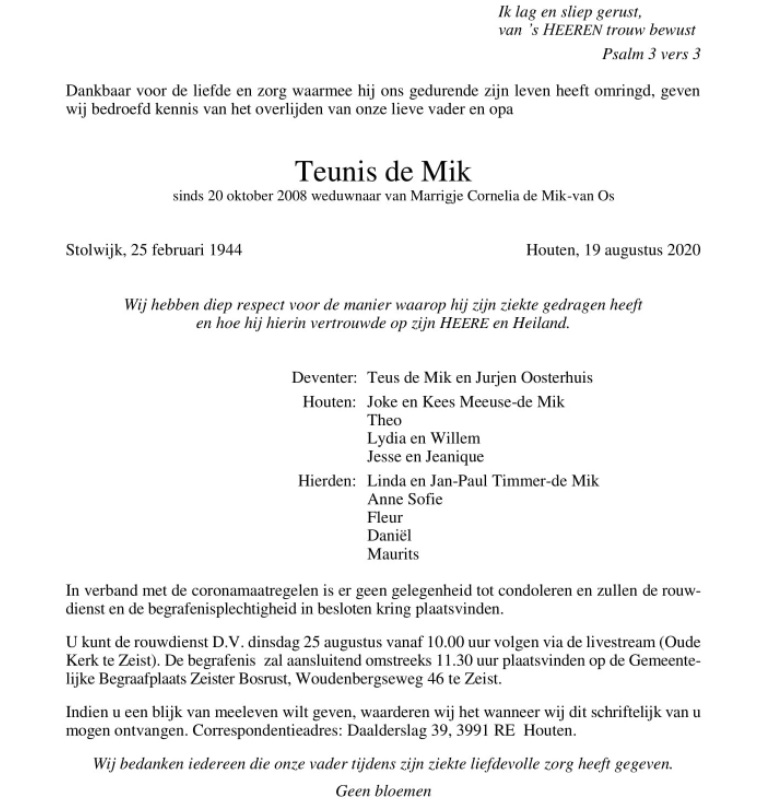 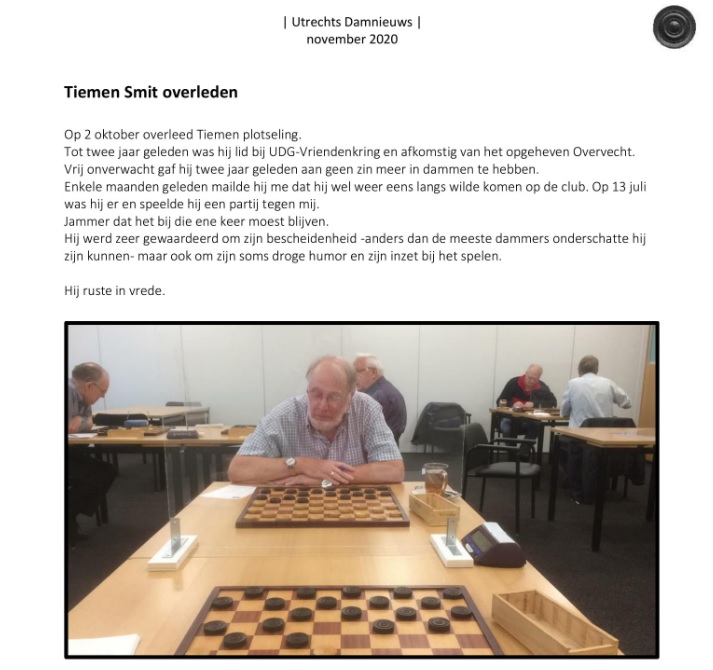 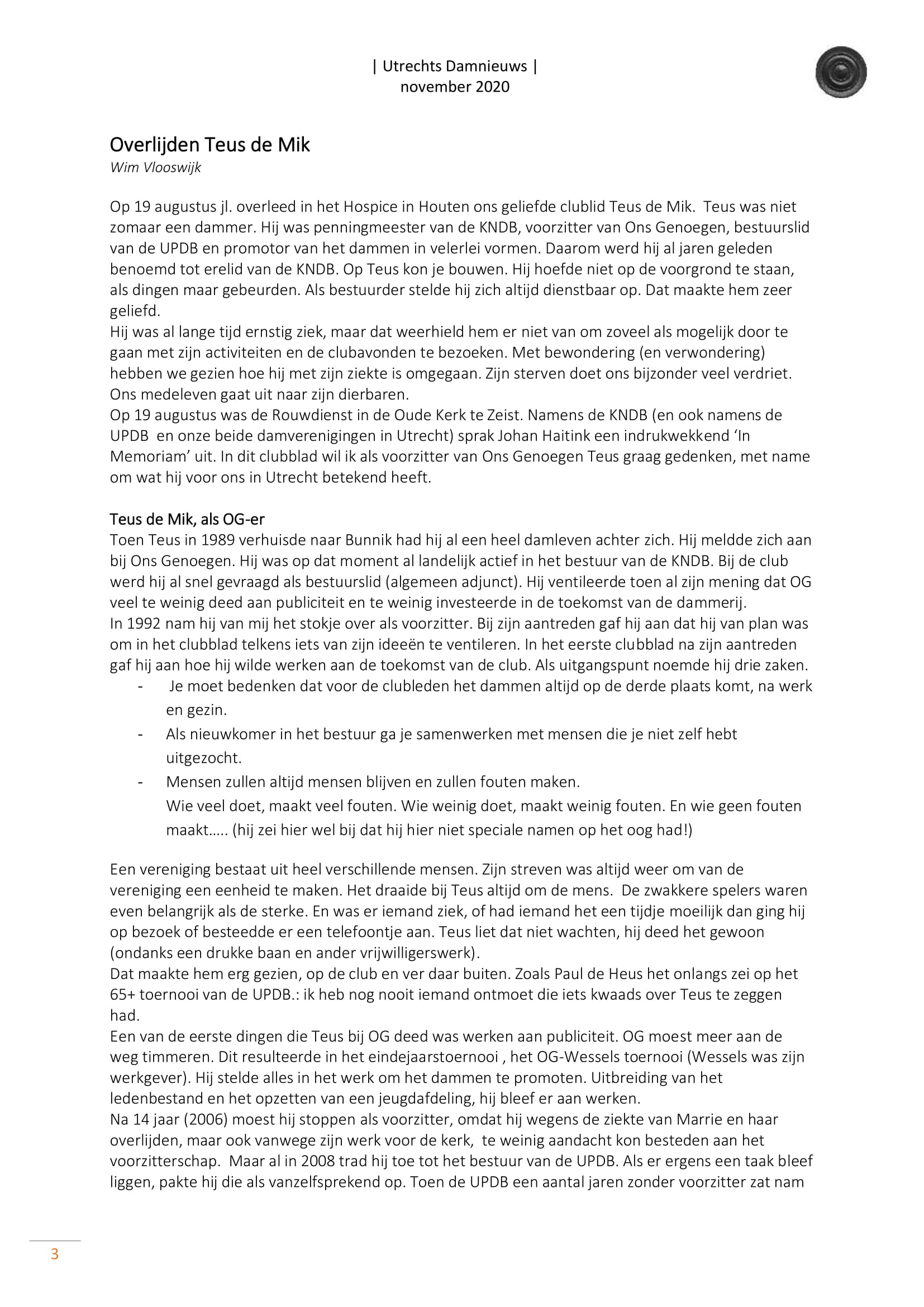 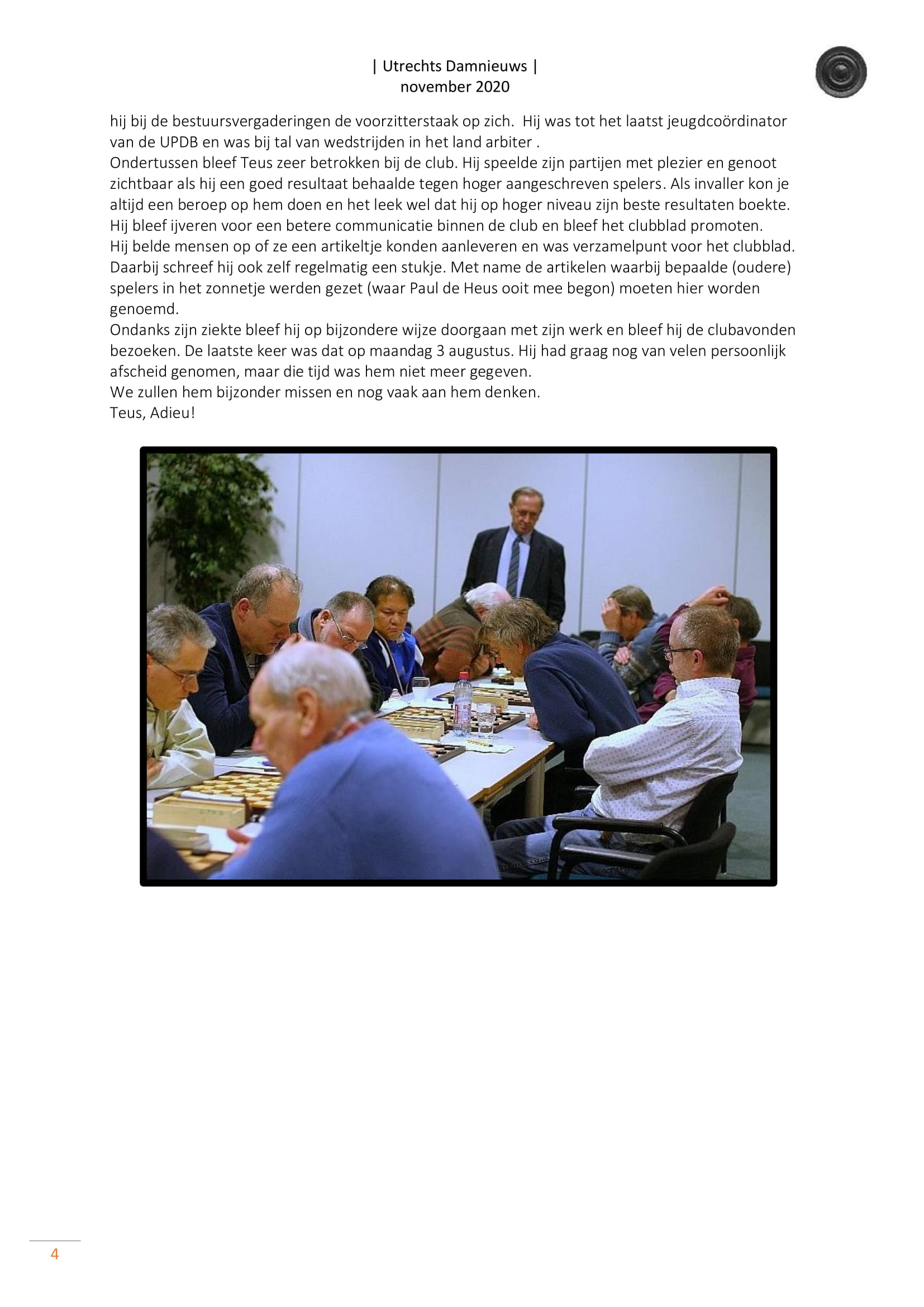 Estonian Draughts Federation regrets to announce the sudden demise on 12 November of Villem Lüüs, an Estonian draughts player who won the Estonian championship on several occasions and earned many other medals, being also the FMJD international draughts champion and an international category referee.

“The departure of Villem Lüüs is an exceptionally great loss for the sport of draughts in Estonia,” said Tarmo Tulva, President of the Estonian Draughts Federation. “He was a very strong player, represented Estonia at many international title competitions and was also a very productive coach. Draughts was Villem’s biggest hobby and love since very early age. His in-depth knowledge of draughts gameplay, history and the best Estonian and global draughts players was a source of many articles in the biographical lexicon of Estonian sports and international draughts publications.”

“Villem never compromised in matches as player and referee or as promoter of draughts,” Tarmo Tulva emphasised. “He won Estonian champion titles in international and Russian draughts, both individually and in teams. Villem is fondly remembered by his students that he had utmost faith in and who thanks to his guidance have won numerous medals at Estonian competitions. Throughout his life Villem invested time and effort into youth development, making sure that the game of draughts in Estonia stays strong and evolves. Estonian draughts enthusiasts have lost a wonderful friend and an exciting match rival. On behalf of the Estonian Draughts Federation I convey deepest condolences to Villem’s mother Karin.”

Villem Lüüs was born on 29 March 1971. In 1989 he graduated from the 1st Secondary School in Tallinn. He then studied physics at the University of Tartu. Young Villem began playing draughts in 1981 at the Tallinn Pioneer and School Youth Palace under the supervision of Arvi Reinap. He continued this pursuit from 1983–89 at the Tallinn Chess School with Rein Vettner guiding his player development. He was included in the Estonian team at the 2000 Draughts Olympiad, finishing 6th along with Urmo Ilves and Kaido Leesmann. He achieved the shared 14th place at the 2008 Blitz Draughts World Championship with 140 participants. In 2020 Villem Lüüs won the Blitz Draughts Open Championship in Russia. In 2010 he was appointed umpire by the FMJD, becoming an international category referee in 2018.

At the 1999 European Club Championship he was on the Lasnamäe Chess and Draughts Club team and finished 5th. At the 2006 European Championship he was on the Estonian national team and achieved the 8th place. Since 1992 Villem Lüüs won a total of 10 gold, 10 silver and 21 bronze medals at Estonian championship events. In 2000 he became individual Estonian champion in international draughts, in 2005 – in international draughts again, in 2010 – in Russian draughts (blitz), also in 1992 – in Brazilian draughts and in 1994 – in English draughts. In teams he won champion titles in 1995, 1998, 2001, 2003, 2009, 2011, 2014, 2016 and 2019 in international draughts and in 2017 in Russian draughts. From 1990s onward Villem Lüüs also refereed draughts matches, serving as chief referee at over 300 tournaments. For many years he was member of the Board of Referees of the Estonian Chess Federation, as well as the blitz draughts and youth committees.

In 1999 Villem Lüüs was appointed member of the management board of the Lasnamäe Chess and Draughts Club. From 1997 he was also member of the management board of the Estonian Draughts Federation and chairperson of the classification committee. He was one of the authors of Estonian sports almanacs (1988–2010), edited the draughts section of the EestiSpordileht newspaper, published articles in Latvian, Russian, Dutch and Ukrainian draughts magazines, created compilations of match transcripts. From 1998–2003 Villem Lüüs worked as coach and instructor at the Tallinn Chess School and the Paul Keres Chess Centre. In 2003 he became instructor at the Pirita Sports Centre.
He was member of the Estonian Sports History Society.